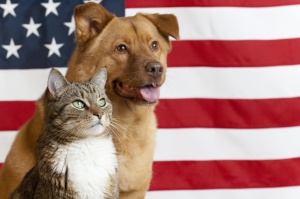 Save shelter pets by exercising your right to vote!

Houston, TX – As I’ve written previously, the upcoming elections for Harris County are really a one issue election for me.  The most important issue for me is who will step up, do their jobs, and fix the broken animal control system in Harris County.  Who will work to transform the House of Horrors known as Harris County animal control?

1) Killed animals in view of other animals.

The report also confirmed sky high kill rates of over 82% and no effort to stop, or even slow, the killing.

Since the report was issued, over 8 months ago, not one elected Harris County official has recommended the firing of employees who broke state humane laws.   Not one elected official has shown even the slightest interest in trying to fix problems in this department.   In fact, they have done absolutely nothing.

Chuck Maricle is the only non-incumbent candidate who responded to the questionnaire.  See his response here.

In addition, Chuck Maricle and Glorice McPherson are the only candidates who showed an interest in talking about these issues in a candidate forum.   All of the other candidates refused.

Maya Angelou is credited with the quote that “when someone shows you their true colors, believe them.”

I think this is a valuable piece of advice.

Since the confirmation of inhumane and criminal activity in Harris County animal control, not one of the incumbent candidates has shown the slightest interest in fixing Harris County’s taxpayer funded House of Horrors.  I believe they have shown us their true colors, and I plan to vote accordingly.

I believe that every voter should be as educated as possible about the candidates.

Before you go to the polls, I urge you to contact those candidates who have refused to speak openly and honestly about the serious issues that are important to you i.e. transforming the House of Horrors that your tax dollars are funding.  Your vote matters and you need to know which candidates are worthy of your vote.

To make it really easy for you to contact the candidates before you vote, I have listed all of their contact information in this blog post.  I’ve even listed a few sample questions.

Make your vote count.  Vote for the candidates who will protect the defenseless animals in Harris County.

If you would like to receive an email notice each time I post a new blog, please click on the “+Follow” link in the small grey box, in the bottom right corner of your screen.